The Land Cruiser has its roots in the American willies jeep. In 1941, the Japanese got their hands on a Bantam Mk II in the Philippines, and took it back to Japan to study.  The Japanese military ordered Toyota to make a vehicle based on the Jeep without copying it, and the result was the Model AK.  Later that year, the Japanese Government had Toyota build a light truck–that model is the AK10.

During the Korean war, the US asked Toyota to build a jeep-like vehicle, which resulted in the first Jeep BJ vehicle, and in 1954, the first FJ series were produced.  These vehicles were based on the Land Rovers from England, and at that point, Toyota officially began calling their vehicles Land Cruisers.

In the 20 series, Toyota moved the engine forward, creating a more comfortable cabin–this series ran from 1955 to 1960.  The better suspension and overall design was intended to appeal to a broader consumer market, instead of only military and utility  functions. 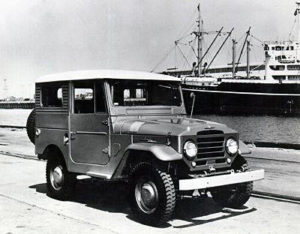 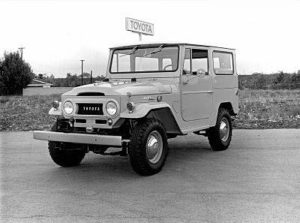 We Treat Your Land Cruiser Like It’s Our Own.

Your Land Cruiser deserves the best care and attention. Whether it’s servicing, customization, or making your old Land Cruiser like new again, your ride will be in great hands with Land Cruiser Specialties.

New in Our Online Shop

For international orders, please email us at sales@landcruiserspecialties.com. Dismiss